I did say that I was now speechless on this subject BUT this scenario from Quora seems like a pretty well-balanced viewpoint and, considering the sick state of American Politics as a whole, probably a reasonable assessment of the damage to come. It does not mention the huge loss-of-life that is yet to happen as a result of the mis-mangement of Covid-19 BUT

We hope this is all that happens !! 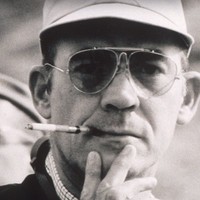 23h
Mechanical Engineer (2017–present)
If Trump loses the election, what do you think he will do between the election and Biden’s inauguration?

Around 7 PM the polls will be closing in the Eastern Time Zone states; we’ll first be flooded with exit poll results which may suggest a close race in states like Florida, North Carolina, they’ll even throw Pennsylvania in – to heighten the suspense.

By 8:30 we’ll know the results in many states. The obvious red states will stay mostly red, and the obvious blue will stay mostly blue – with a few surprises. Georgia will be too-close-to-call. Florida and Pennsylvania will also be too close to call… but a slight lead will be opening for Biden in all three of these states. Trump may have a slight lead in North Carolina, but the votes in Charolette will still not have been fully counted.

All of the non-Fox networks will start declaring victories for Biden in Pennsylvania by the time the Central Time Zone states begin to report results. Fox will remain convinced that Pennsylvania is still in play – if only because Trump will be leaning hard on that network, knowing that if he loses Pennsylvania, he must win Michigan, Florida, Wisconsin and Ohio to pull off a second miracle win.

Florida, with a piece of its pan-handle being in the Central time zone, will remain too-close-to call, as will Georgia (people in Atlanta will still be waiting in long lines trying to vote – but they’ll have malfunctioning machines, and the black districts will all be forced to vote in precincts with a lower voter-to-machine ratio such that long lines inevitably form. However, given the animous between the black voters and Trump, they’ll stand in line with great resolve (all wearing face-masks to thwart the spread of Covid (as the GOP will refuse to allow mail-in voting)). Virginia will also have been called for Biden by now.

Meanwhile, Fox will come up with some exit polls in Pennsylvania (fabricated by the Trump administration) that suggest he is winning in Pennsylvania so that the people in Ohio, and Minnesota, and Wisconsin and Arizona will be encouraged to continue the fight and keep voting for Trump!

By about 10 PM, Pennsylvania will have been called for Biden, and Florida will be slipping away from Trump (but still too-close-to-call). Michigan will be called for Biden almost as soon as the polls close. Now, even if Trump wins Florida, Wisconsin, and Ohio, he cannot win re-election without winning Arizona – and given how his CoVid response alienated the large retirement population in Arizona and Florida, it is a push to think he can win Wisconsin, Ohio, Florida, and Arizona (especially after losing Pennsylvania and Michigan).

Around 11, Florida will be called for Biden, and so will Wisconsin. It will be all over. Even with Arizona (which is not likely) Biden has 308 electoral votes which is significantly greater than the 270 to win. The democrats will once again cheer on the electoral college (not because they believe in it, but because it will be the first indication of Trump’s final defeat). Champagne bottles will be uncorked across the nation, fireworks and bottle rockets will be sent into the skies, and Fox News will continue with the story that Pennsylvania and Florida are too close to call. Trump will not admit defeat; nor will he exit the race gracefully on this night.

and if you are anything like me, you are waking up with a mild hang-over and at the same time, with an added pep in your step. The long nightmare will be over… (was that four years!? How quick, and yet, how very slow that went?!?!?!) I’ll probably take off Wednesday to lay around and smile and giggle and laugh and flip back and forth through some news channels, stopping on Fox once or twice to laugh at their continued insistence that all the votes are not counted. And then the picture will begin to emerge. Trump is not going to admit defeat.

By Thursday the 5th

this realization becomes explicit. It’s reported on all of the networks that the Trump campaign will not admit defeat and plan on challenging the results of Pennsylvania, Florida, Michigan and Wisconsin in the courts. They’ll say something to the effect that illegal workers were voting, and felons were voting, and people were voting multiple times, and the absentee votes were counted more than once… anything and everything will be thrown at the wall.

Anyone that is old enough will remember that the courts decided who the president should be in the 2000 campaign. So it’s not an unprecedented or unpresidential move….

After Trump refuses to admit defeat, the news stations that had called the victory for Biden, may walk that back, and we’ll be in an age of uncertainty, where we have no idea who the president will be, and all that we know is who the president currently is: Donald J. Trump. United States President.

While setting up a major lawsuit on one hand, the Trump administration will team up with the slack-jowled turtle, and they’ll go full speed ahead on as many judicial appointments as they can. They’ll probably do twelve hour days, seven days a week. This will be, in part, because Trump will likely lose his lawsuits on remaining president, and two, because the 2020 election also managed to flip the senate. Democrats lose their guy in Alabama, but pick up seats in Iowa, Colorado, Maine, and North Carolina. I’d say Kentucky too, but let’s not get out too far over our skies here.

The lawsuits in Pennsylvania, Wisconsin, and Michigan will ultimately fail, in part, because these states have democratic governors, who will be less willing to play fix-a-presidency with the votes cast in their states. Florida’s governor will be more than happy to oblige, but Florida by itself will not provide sufficient support. By the second week of January, the courts will re-declare Biden’s victory, and more champagne will flow, and more bottle rockets will explode in the sky.

Trump’s final week will include a brief visit from Biden at the White House, where Trump tries to explain what his administration was all about – but this meeting will be largely perfunctory, as Biden has forgotten more about the executive branch than Trump would ever learn, and as Trump really didn’t have many plans in the works, so there’s not much to say to Biden. Trump will try to make it look like the presidency is beneath him at this meeting, and he’ll pretend that he is soooo happy to be returning to his life… he will no longer be a “servant of the people.” His sacrifice was not appreciated by all, and the nation doesn’t deserve any more of his leadership (and boy is he right about that!)

Trump is seen leaving the White House with Melania and Baron close behind. A Trump helicopter will land at the White House, and right as Trump enters the helicopter, he is met by two FBI agents, and a lead prosecutor from the Southern District of New York. They had agreed, previously, that they would not hand cuff him in front of the cameras, and so he is read his indictment concerning illegal campaign contributions. The agreement between Trump and the SDNY states that Trump will officially be released, but he will also be expected to appear and defend himself of the allegations in the coming months. He’ll be looking at some time in prison, and he’ll also have a long list of tax investigations and fraud and money laundering investigators to divulge decades of business records to.

But shortly before noon, and while Trump is still the President, he orders the pilot to keep flying eastward out to sea, and several miles off the coast will be a Russian ship with a helipad. The helicopter will land on this ship, and Trump and his family will dismount. The FBI agents will be taken prisoner, along with the SDNY prosecutor. Putin will provide Trump with cover, stating that his intelligence officers can prove election fraud, and he’ll say that the deep state did this because of the relationship shared by Trump and Putin was an offence to the more powerful, hidden actors in America.

President Biden will demand Russia returns Trump to face justice, but just like Snowden, and Crimea and the Ukraine, no serious action will be taken. Trump will flee to live as a political exile in Russia, and he’ll continue to enjoy legions of supporters in the United States. Some 35 percent of Americans will believe that Trump was set up for defeat and that the election was rigged as a deep state conspiracy. Trump will foment revolution from a secret abode in the Kremlin. Americans waving Trump flags and AR-15 rifles will flood the streets of many major US cities. There’ll be some clashes and some people will be killed. Tear gas will be used to break up the crowds.

And then some good news emerges – the Covid 19 vaccine is successful and available to millions. The economy in 2020 was one tenth of what it was in 2019. But with the vaccine, people can return to work without fear. Sports stadiums will be filled again. College football returns in the fall. Movies will be released in theaters. Thanksgiving Day will have the Macy’s Day Parade. The economy will begin to pick up. People will greatly appreciate the jobs that they once loathed. Biden, who entered with a 53 percent approval, ascends to near 60 percent approval at the apogee of the return to normalcy. The Fourth of July celebrations include record crowds on the Washington mall. And amid all of the excitement of the end of the Covid virus, the Trump supporters will slowly dissipate and disappear. Yes, problems with carbon fuels and the changing climate will continue, but given the year of lockdown, the evidence will be that much more credible, that humanity does have an impact on climate. Green energy will be pursued by the Biden Administration, and with the democratic senate, it will pass. Lots of great jobs emerge in wind mill manufacturing, solar panel installation, and the rebuilding of the electrical grid – not to mention the upgrade to 5G networks. December 31, 2021, the sun sets on a globe that has healed itself, on people that have healed themselves as well, and on this glorious night, with fireworks and champagne that are reminiscent of those seen in the classic Hollywood films, Trump will be but a distant memory to the vast majority of Americans (although, yes, Fox News will still be questioning whether or not the vote was rigged in Pennsylvania).